We work with 4 of Britain’s best young offshore sailors, all who have been through the Artemis Offshore Academy, and who completed solo training onboard our IMOCA 60 with coach Dee Caffari and skipper Mikey Ferguson as well as sponsorship search training with our commercial team in 2016. Out of the ten candidates we worked with last year, these 4 have been chosen to continue receiving training onboard our boat and working on sponsorship approaches. Here’s a short introduction to each of them: 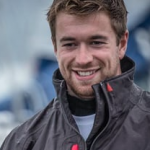 Andrew Baker – Andrew hails from Northern Ireland where he had a strong dinghy background, representing Ireland in Laser Europeans and World Championships.  Andrew always had a keen interest in yacht racing and in 2014 he was selected for the Artemis Offshore Academy.  Andrew is now in his second season of the Figaro class aiming for a top result in Solitaire du Figaro 2016. 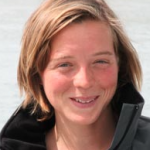 Lizzie Foreman – Lizzy came from a strong dinghy background then built her yacht experience through the RYA British Keelboat Academy before getting selected for the Artemis Offshore Academy.  Lizzy built her skills in the Mini Transat before launching her own campaign to build a great commercial platform and completing the Mini Transat in 2015.

Sam Goodchild – Sam grew up around sailing and was selected for the Artemis Offshore Academy in 2011 in which he raced in four Solitaire du Figaro.  In 2014 he transferred his skills to Volvo 65, Mod70, Class 40 and Open 60.  Record attempt crew on Volvo 70 Maseratti, several titles and records with MOD70 Phaedo and Transat Jaques Varbe 2015 on Open 60 Comme un seul homme. 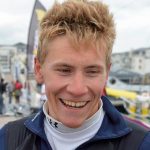 Will Harris – Will started his sailing in the RYA youth dinghy racing programme, competing for the British Team.  Whilst attending Southampton University Will was selected as a part time member of the Artemis Offshore Academy.  After graduating, Will became a full time sailor and started to train solo in the Figaro class.  In July 2016 Will achieved his best result, winning the Solitaire du Figaro Rookie prize.  He is the third ever British sailor to win this trophy.